On August 23, we commemorate Black Ribbon Day as the International Day of Remembrance for the Victims of Communism and Nazism in Europe and around the Globe. This year marks the 80th anniversary of the signing of the Molotov-Ribbentrop Pact, which formally divided Europe between the monstrous totalitarian regimes of Hitler’s Nazi Germany and Stalin’s Communist Soviet Union.
Soon after the Pact was signed, Germany and the USSR jointly invaded and dismembered Poland. Millions of men, women and children were murdered, imprisoned, and subjected to dreadful brutality by both the Nazi German and Soviet occupiers.
On Black Ribbon Day, we honour the memory of millions of their innocent victims and pay tribute to the memory of the millions more who suffered, and continue to suffer, under totalitarian tyranny. 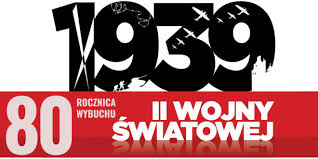 We commemorate the 80th Anniversary of World War II