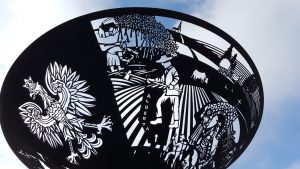 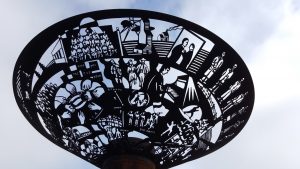 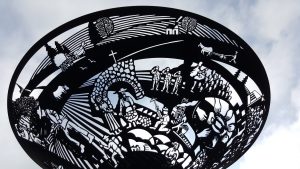 First Polish settlers came to Alberta in late 1800s, when Poland was partitioned among neighboring countries. They brought strong hands and pioneer spirits to harness new territories. While clearing forests and cultivating fields, they built meeting halls, schools and churches – maintaining Polish traditions in their new Canadian homeland, and dreaming that Poland would become free again.

After Poland regained independence in 1918, the newly re-united country had to rebuild its industry and infrastructure, sometimes demanding economic sacrifices from its citizens. Those in need of bread migrated to lands seeking hands to work. Having come to Alberta, and grateful for the warm welcome, Polish immigrants engaged in building a prosperous future for themselves and their neighbors.

During World War Two, Polish Canadians enlisted in the Canadian armed forces to fight Nazism, and contributed to Canada’s war industry. When a communist government came to power in Poland towards the end of the war, numerous Polish soldiers and war prisoners did not return home from the battlefields, and sought refuge in other countries. Those who came to Alberta, used their military skills and discipline to form organizations that facilitated active engagement in Alberta’s community life.

Benefiting from free access to universities in a socialist system, ambitious and well-educated professionals emigrated from Poland to seek more challenging career opportunities in the West. The peak of this migration occurred in the 1980-ties, when Poland experienced economic downturns, social unrest, a period of martial law, and emerging political changes. Scholars, teachers, scientists, engineers, doctors and entrepreneurs who came to Alberta established successful professional practices, academic careers, manufacturing plants and service businesses.

While democratic Poland enjoys a boom in the European Union, Albertans of Polish heritage benefit from tourist and trade opportunities afforded by close political and economic relations between Canada and Poland. Polish firms invest in Alberta-based businesses, and Alberta companies hire Polish professionals and tradesmen. With a 100-year history, new generations will continue to grow the contribution of Polish settlement to Alberta.